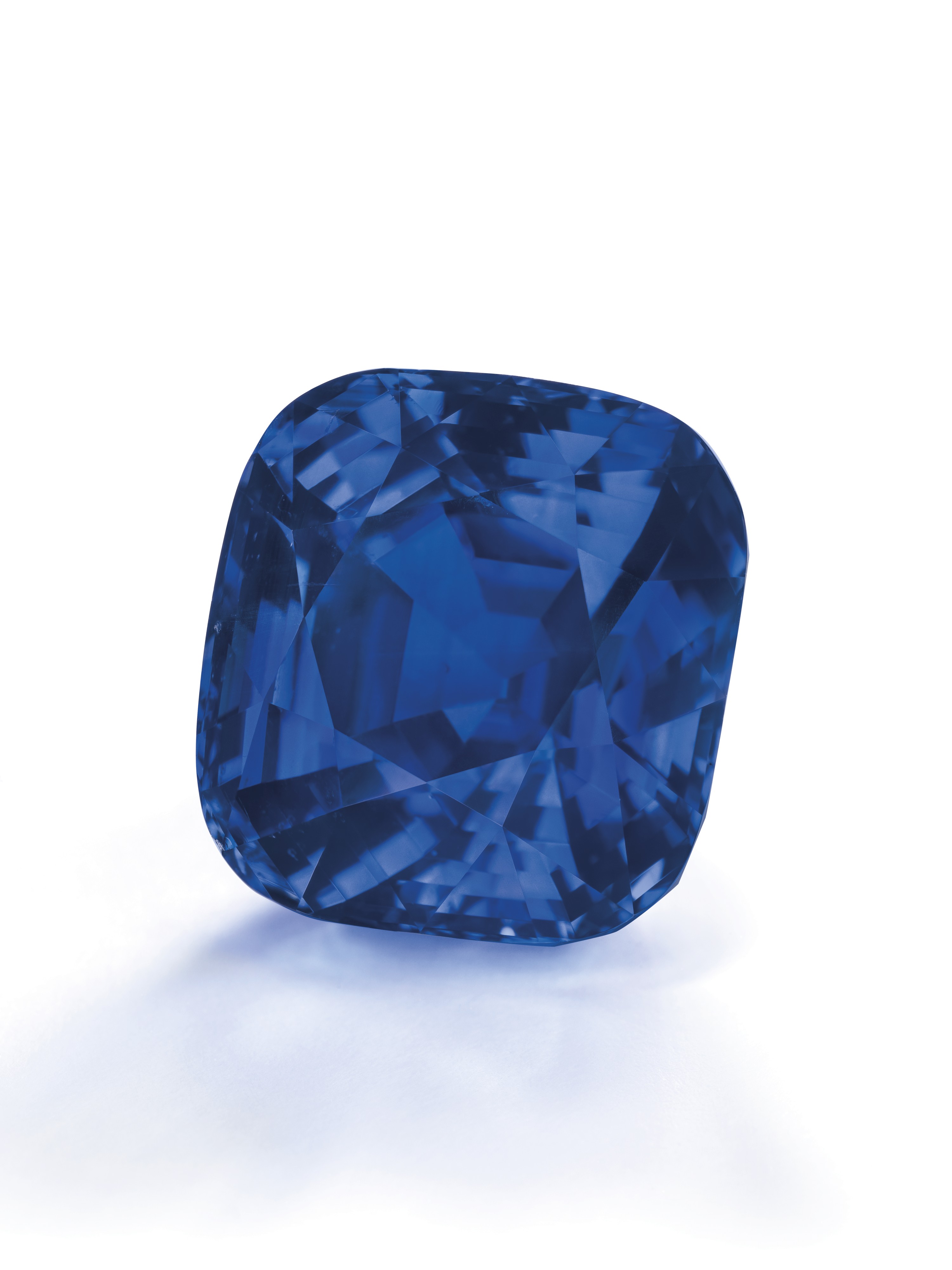 Yesterday Christie’s Magnificent Jewels auction, which took place in Geneva, Hotel des Bergues, fetched a total result of US$ 97,515,535, selling 77% by lot and 81% by value.

In this video the splendid auction highlights:

Quite interesting numbers characterised the sale:

Here is the top ten of lots sold at the auction

This exceptional stone is accompanied by report no. 77675 dated 1 December 2014 from the SSEF Swiss Gemmological Institute stating that the sapphire is of Kashmir origin, with no indications of heating, and an additional comment stating that this colour variety of sapphire may also be called ‘Royal Blue’ in the trade, together with an Appendix stating that this sapphire has an ‘..attractive and saturated blue colour and outstanding purity. Its vivid blue hues are further pronounced by its well-proportioned cutting style and multiple internal reflections’.

Composed of forty-three graduated natural pearls, measuring approximately 11.2 to 7.9 mm, to the circular-cut diamond pinched collect clasp, mounted in gold. Accompanied by report no. 79742 dated 30 March 2015 from the SSEF Swiss Gemmological Institute stating that the 43 pearls are natural saltwater pearls, and an Appendix letter stating that ‘..These pearls are highly matching in their round to roundish shape and their very fine surface lustre.(…). Assembling a matching selection of natural pearls of this size and quality is very rare and exceptional.’

A fierce battle was also fought for the four jewels signed JAR, which totalled US$ 1,714,195.

A pair of tourmaline, agate and diamond camelia brooches, by JAR

A tourmaline, garnet, emerald and diamond fibula brooch, by JAR

A pair of sapphire and diamond “shield” ear clips, by JAR

A sapphire, amethyst and diamond ring, by JAR

Edited by Claudia Carletti, Jewellery Through Time. All material courtesy of Christie’s.