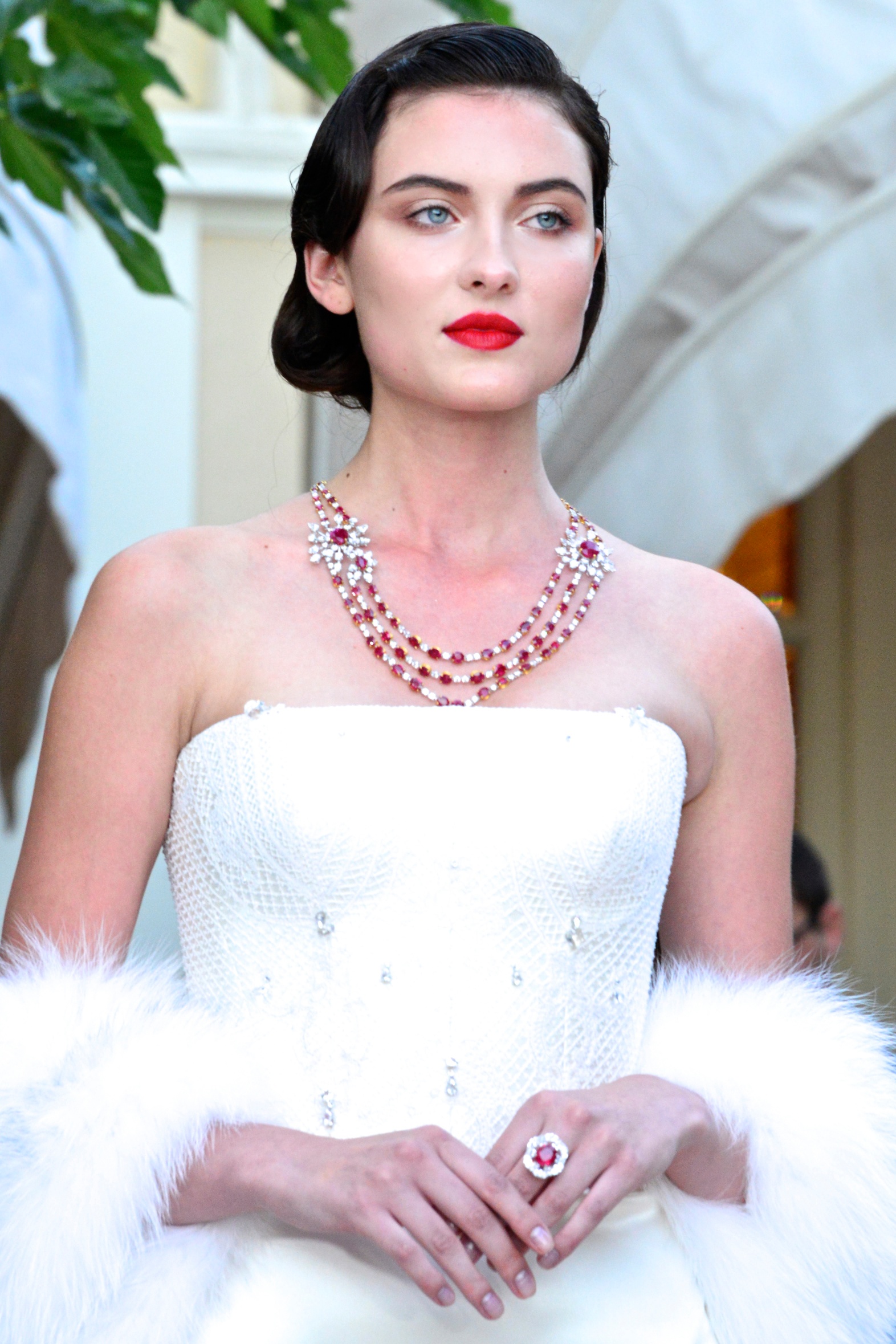 Faidee Jewellery Director Ravi Lunia and Russian Fashion Designer Ulyana Sergeenko join forces to present, for the first time in Monaco, the Burmese Ruby Exhibition – the first of its kind in the world.

The exhibition takes place at the Hermitage Hotel, in Monaco, between the 1st and 21st of August, where an exclusive collection of Faidee Jewellery masterpieces are presented –  for the first time, over 100 extraordinary pieces using natural Burmese rubies are showcased in one place.

The exhibition had its inauguration on the 3rd of August, when the jewels were presented to 250 among VIP guests, influencers and celebrities during Ulyana Sergeenko’s fashion show, that was followed by the reveal of the centre piece of the ruby collection.

At the end of the fashion show, with haute couture and demi couture dresses accessorised by never-before-seen necklaces, rings, earrings and bracelets, an extremely important piece was revealed, created over four generations of jewellery designers.

Ulyana Sergeenko was the first to try on the Imperial Necklace – an impressive creation featuring an unparalleled amount of perfectly colour matched, unheated Burmese rubies of the most coveted and valuable ‘Pigeon Blood’ hue, combined with top quality diamonds.

Faidee, whose origins lie at the beginning of the XXth century with Roop Chand Lunia, is the only company in the world to deal exclusively in Burmese rubies, producing bejewelled creations that creative yet endowed with timeless beauty.

“It is a piece of jewellery that no one could have created before, due to the scarcity of Burmese rubies with this highly desired natural ‘Pigeon Blood’ colour. Even those of us within Faidee never imagined that something like this would one day come to life. The Imperial Necklace is a piece of jewellery that took 4 generations of our family to create! Our great-grandfather Roop Chand Lunia, who was known as the ‘King of Burmese Rubies’, selected many gems throughout his career and built an extensive collection of natural Burmese rubies. Some of these gems are still within Faidee’s possession today – so we decided to use over 50 of them to embellish ‘The Imperial Necklace’, making it the best example of natural Burmese jewellery in the world.”

The Imperial Necklace is then adorned by eight top gems, each of which exceeding 5 carats and setting the highest standard for saturation and clarity in the natural Burmese rubies family.

Should you be in Monaco, Monte-Carlo, then head to the Hotel Hermitage, Salon Belle Epoque, to admire these marvels – from August 1st to August 21st, 2017. CC

0 comments on “Events: the first time of Faidee Jewellery in Monaco”