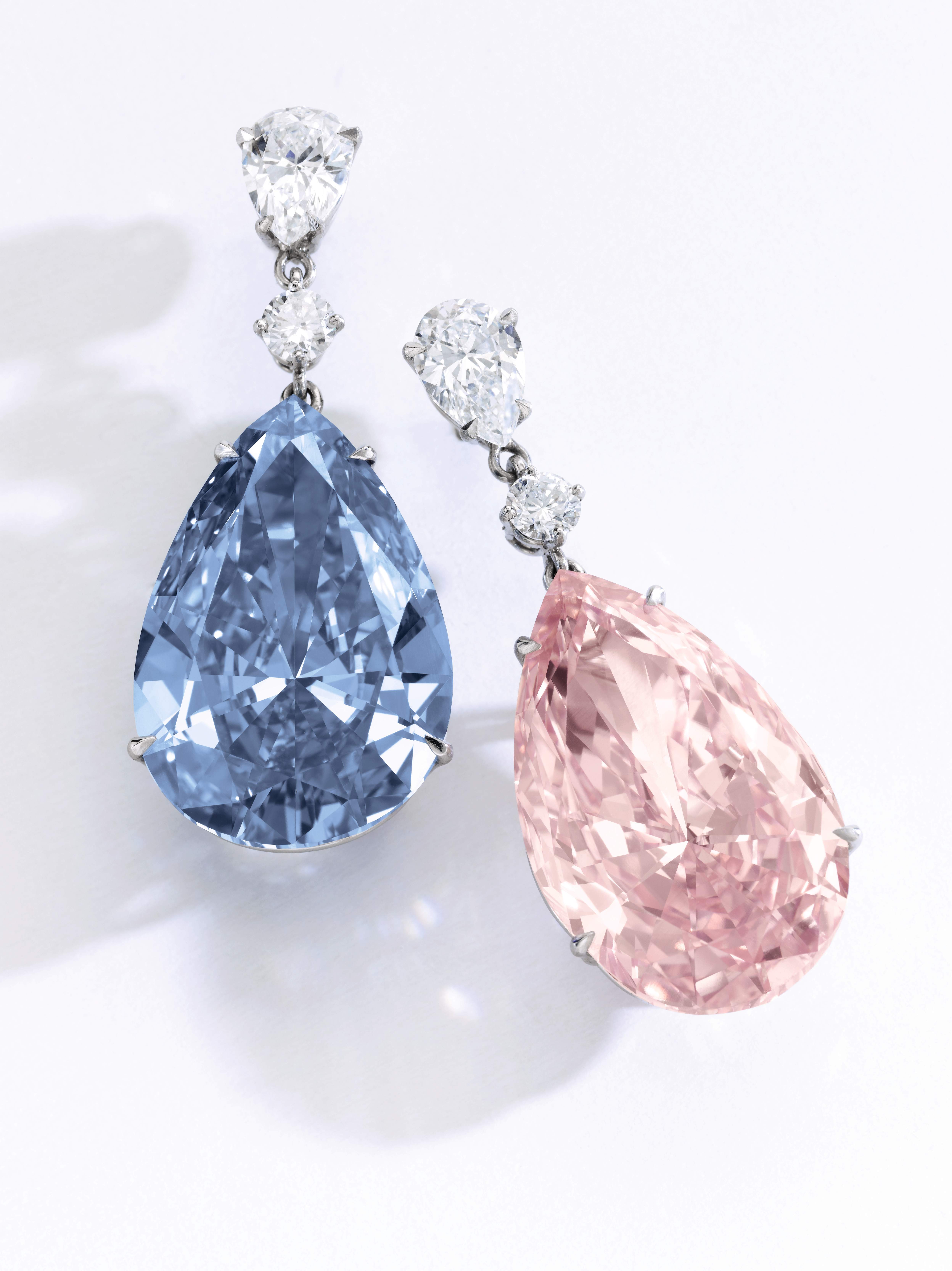 At the upcoming Magnificent Jewels and Noble Jewels auction, at Sotheby’s Geneva, two exceptional diamonds will be outbid. Straight from the Realm of Gods.

Two twin diamonds, like the twin sons of Leto, daughter of the Titans Coeus and Phoebe, who got pregnant after a relationship with Zeus, thus giving birth to a girl and a boy – Artemis and Apollo.

Two twin pear-shape cut diamonds that could fetch up to $68 million at the upcoming Magnificent Jewels and Noble Jewels auction at Sotheby’s Geneva next May 16th.

Two extraordinary treasures in their own right, that will be offered separately as singular lots, given their importance – the Apollo Blue with an estimate of $38-50 million, and the Artemis Pink between $12.5-18 million.

The GIA also determined that the Apollo Blue is of Type IIb – a group which contains less than one half of one per cent of all diamonds.

The Artemis Pink is a truly sweet treasure, with its Fancy Intense Pink hue. Its 16 carats have a pear-shape cut, to match the Apollo Blue, and to enhance its clarity and colour.

GIA has classified the Artemis Pink of Type IIa, a category described as “the most chemically pure type” of diamonds, which “often have exceptional optical transparency.”

In the words of David Bennet, Worldwide Chairman of Sotheby’s International Jewellery Division:

“The Apollo and Artemis Diamonds will be the stars of our May sale in Geneva – by far the most important pair of earrings ever offered at auction. These exquisite coloured diamonds are enormously rare and each is a wonderful stone in its own right. Together, as a pair of earrings, they are breathtaking. We have named them after Apollo and Artemis, a twin brother and sister of great power and beauty who were among the most widely venerated among Greek deities. These are diamonds of great distinction, with extraordinary presence, and we are honoured that Sotheby’s has been chosen to bring them to auction in May.” CC