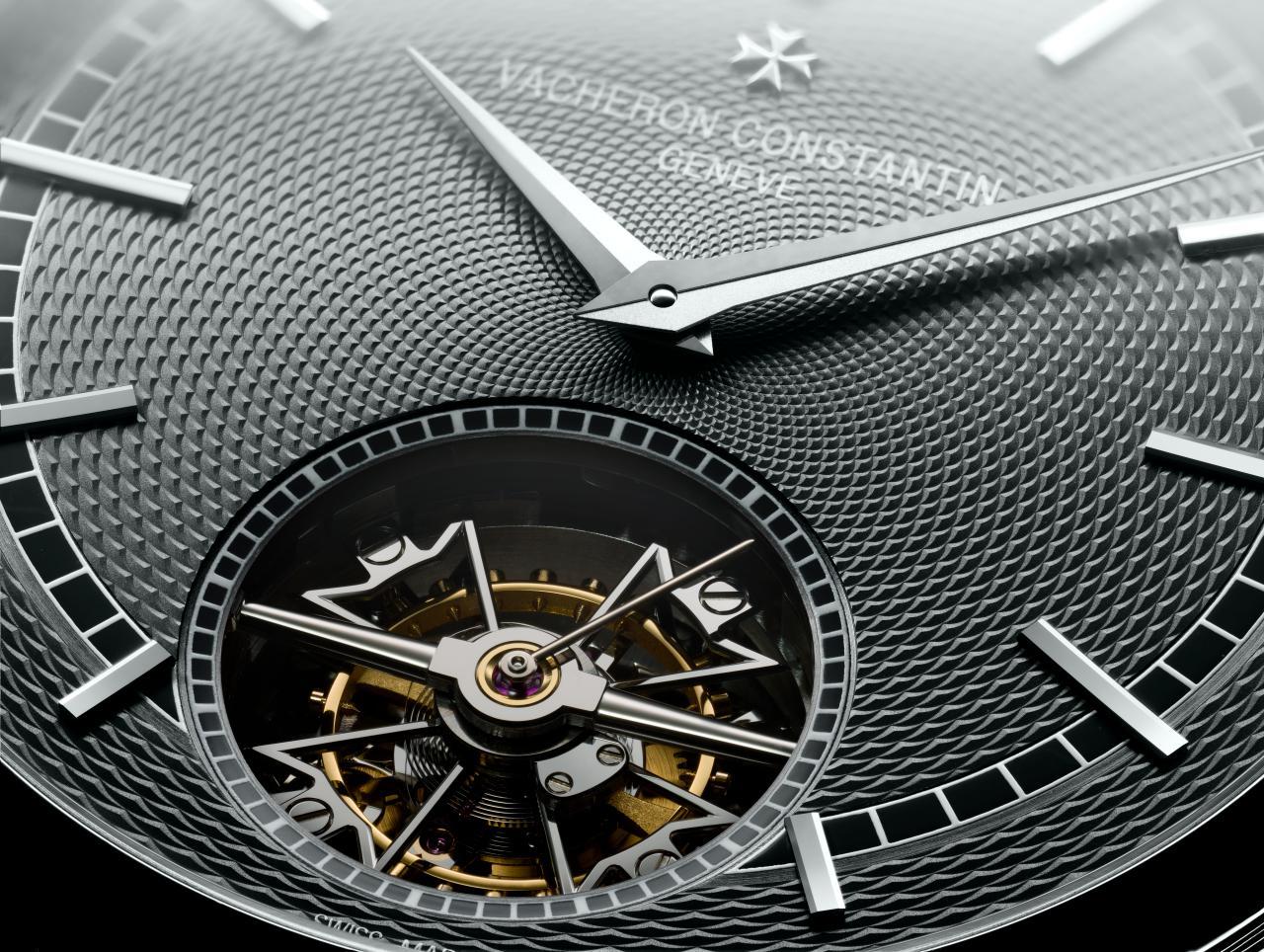 Vacheron Constantin‘s Traditionnelle Tourbillon Minute Repeater is a truly remarkable watch that goes to enrich the Traditionnelle family, perpetuating the most refined horological art – a heritage of the best in watchmaking from the XVIIIth century.

The Traditionnelle Tourbillon Minute Repeater features a brand new calibre, entirely developed in-house, the 2755 TMR, that runs both the tourbillon and the minute repeater complications – an exceptional technical endeavour being these two prestigious and sought-after complications, the first compensating the gravitational effects and guaranteeing the timepiece’s precision, and the second allowing, on demand, hours, quarters of an hour and minutes chiming.

Not only technical dexterity but also a great musical hear, that allows the master watchmakers to tune the timbers like musical instruments.

And not only technical dexterity and musical hears, but also great aesthetics because the Traditionnelle Tourbillon Minute Repeater is beautified by a hand-chiselled guilloché dial, that distinguished the models exclusive to Vacheron Constantin’s boutiques.

The timepiece’s hands are either in white or pink gold, according to the version, and leave room to the always hypnotizing tourbillon’s cage, open at 6 o’clock to let admire the tourbillon’s dance. In full Vacheron Constantin’s style, the cage recalls the Maison’s emblem, the Maltese Cross, and it features a hand-polished bar which, alone, took eleven hours of meticulous work.

The calibre 2755 TMR was completely designed, engineered and produced by Vacheron Constantin and it is certified by the Poinçon de Genève.

Vacheron Constantin’s Traditionnelle Tourbillon Minute Repeater is exclusively available at the Maison’s boutiques, and it is presented with a special music box, called ‘Music of Time’, that amplifies the sound and melody of the minute repeater complication. The sweetest of coffers. CC