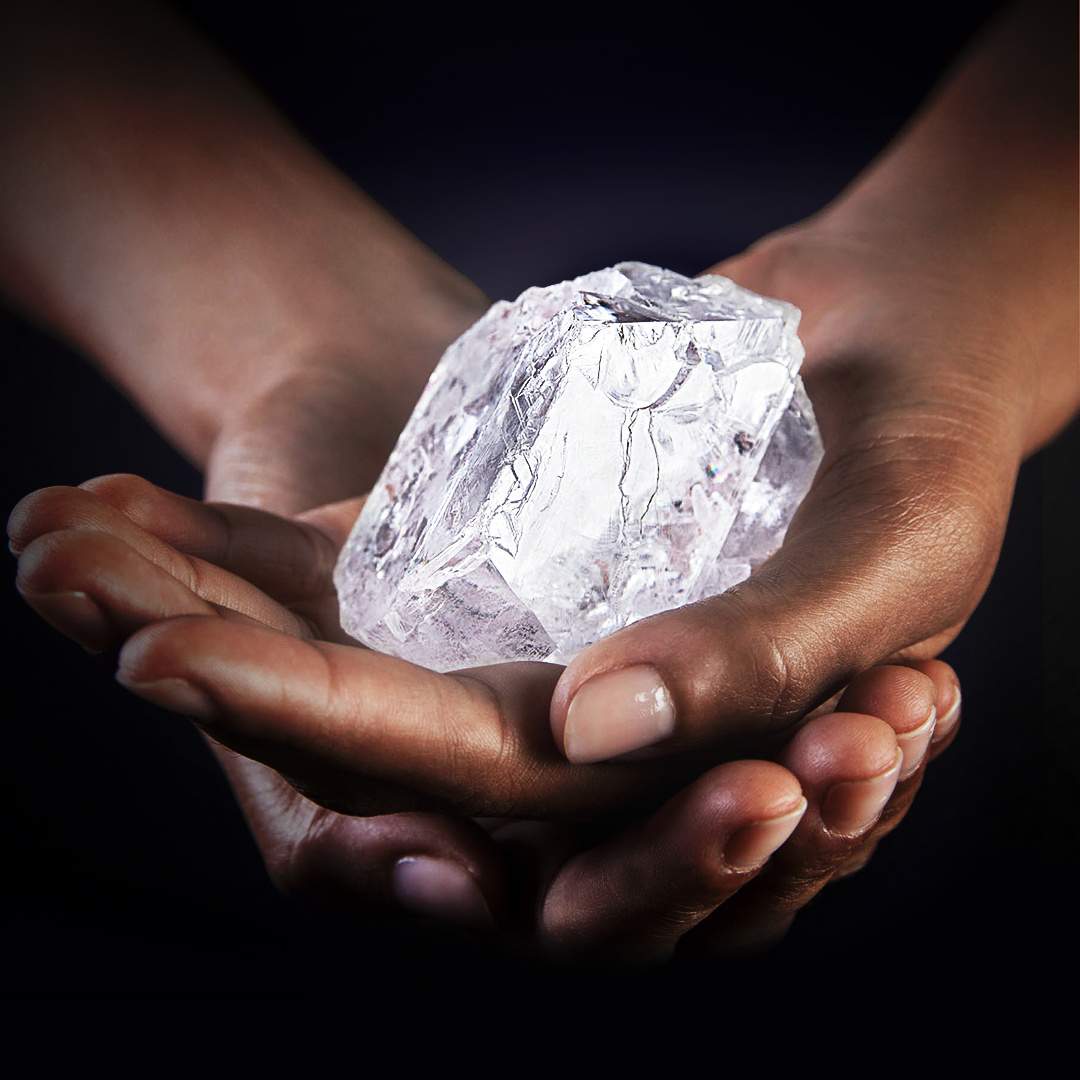 Successful negotiations, lasting more than a year, closed the deal between Laurence Graff, chairman of Graff Diamonds, and the chairman of Canadian mining company Lucara Diamond Corp, for the acquisition of the world’s most valuable diamond, the Lesedi La Rona, for a staggering $53 million.

The Lesedi La Rona, unearthed on 16th November 2015 at the Lucara Karowe mine in North-Central Botswana, is the largest rough diamond discovered in over 100 years, weighing a record-breaking 1,109 carats.

The name itself, ‘Lesedi La Rona’ means ‘our light’ in Botswana’s Tswana language, and it directly relates to the rough’s incredible gemological characteristics.

The diamond, that measures 65mm x 56mm x 40mm, possesses exceptional transparency and quality, and it is a Type IIa, as certified by G.I.A. Additionally, independent reports state on the potential yield of the rough, declaring that there is a high probability that the resulting polished diamond will be D colour – the highest in colour classification for white diamonds.

An incredible miracle, a 2.5 to 3 billion-year-old rough crystal that failed to find a buyer at the special sale at Sotheby’s London on 29th June 2016.

The Sotheby’s public auction was considered a new, and quite unusual, way to sell such an amazing, gem-quality crystal, and this created quite a noise among the public. An unusual stage that in a way made sense, as the Lesedi La Rona was being offered as a pure work of art.

Despite all this, and the media hype generated by the upcoming event, the lot went unsold, after bidding stalled at $61 million, missing the reserve – undisclosed but with many, in the industry, estimating the rough at, at least, $70 million.

It is true that offering such a crystal at a public sale was something quite disruptive and untraditional, and this might be the reason why the sale failed.

“We could have gone straight to the trade and it would have been sold in no time… [but] we wanted to see whether there was a market and whether stones of this significance would be acquired by private collectors.”

“It is understandable that the diamantaires may see potentially being cut out of the process as not in their best interest . . . although with that in mind it is also not entirely clear how a private buyer would then have the stone cut, although I am sure someone would acquiesce in the end.”

Sotheby’s sale was for sure something the trade was not ready to handle, and while retaining the rough, Lucara Diamond declared at the time that they were confident of selling the Lesedi La Rona.

That was announced today, with Laurence Graff’s acquisition for $53 million – quite a considerable sum, although fairly below the stellar $70m expected at the time of the public sale.

With the acquisition of the Lesedi La Rona, Laurence Graff confirms to be the undisputed King of Diamonds, as many of the most famous and important diamonds sit in his collection.

“We are thrilled and honoured to become the new custodians of this incredible diamond. Our highly skilled team of master craftsmen will draw on many years of experience of crafting the most important diamonds, working night and day to ensure that we do justice to this remarkable gift from Mother Nature.”

“The stone will tell us its story, it will dictate how it wants to be cut, and we will take the utmost care to respect its exceptional properties. This is a momentous day in my career, and I am privileged to be given the opportunity to honour the magnificent natural beauty of the Lesedi La Rona.”

This is a historical acquisition, also because it follows the purchase, by Graff Diamonds earlier in 2017, of another remarkable rough diamond, weighing 373 carats, that was also part of the Lesedi La Rona rough – a romantic reunion for two magnificent stones now both owned by Graff Diamonds. CC