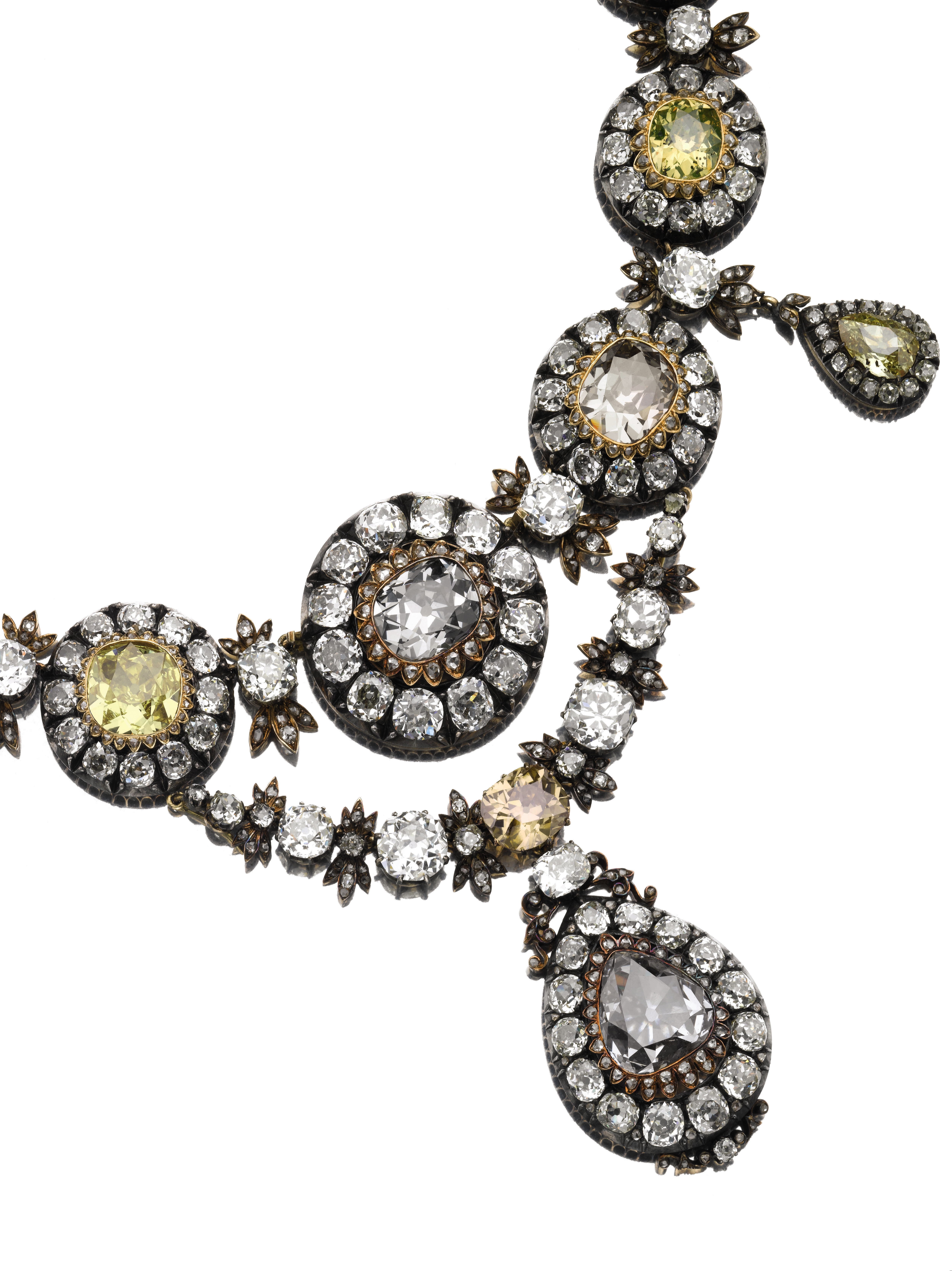 The Russian Imperial Court will shine in all its grandeur and elegance at Sotheby’s Geneva next November.

After unveiling The Sky Blue Diamond to the world last 11th of October, Sotheby’s Geneva announced two more grandiose jewels that will get the spotlight during the upcoming Magnificent Jewels and Noble Jewels auction (Geneva, November 16).

Both creations are of extraordinary historical importance, and both are linked to the Russian Imperial Court.

The first one is a magnificent diamond necklace, with a delicate bow knot clasp.

Presumably to have been originally commissioned as two different jewels by Catherine the Great (1729-1796), it has survived through centuries and preserved in a strong room at the Kremlin.

This necklace became then part of a private collection since the 1927’s “The Russian State Jewels” auction, where it has had its place until today.

With a pre-sale estimate of $3-5 million, the necklace and its bow clasp were crafted at around 1760-80 – and the design is quite consistent with the style of late XVIIIth century.

The second lot consists of an entire set, forming one of the most important parures of antique coloured diamonds jewels to appear at auction in the last 50 years.

The link to the Russian Imperial Crown jewels comes from the diamonds, thought to have been part of the Crown Treasure under the reign of Catherine I of Russia (1684-1727), wife of Emperor Peter the Great.

The story goes that these diamonds might have been part of a “peace gift” by Empress Catherine to Sultan Ahmed III to peacefully end the Siege of Pruth in 1711.

Always according to the tradition, these jewels were then passed on to Sultan Abdul Hamid II (1842-1918) to compose the necklace we see nowadays, offered to the wife of Teufik of Egypt.

The parure has a pre-sale estimate of $3-5 million, and it comprises the necklace, a brooch and a pair of earrings.

These two stunning jewels carry with them a fascinating insight into the luxury and opulence of the Russian court. It is difficult to overstate their rarity and historical importance, and I am thrilled to be able to present them side by side this autumn.

Two superb jewels, of Imperial Russian Heritage, linked to two of the greatest rulers of Russia, Peter the Great and Catherine the Great, that will lit up the sale room at Sotheby’s Geneva with the elegance and grandeur of the Russian Imperial court. CC

All material courtesy of Sotheby’s