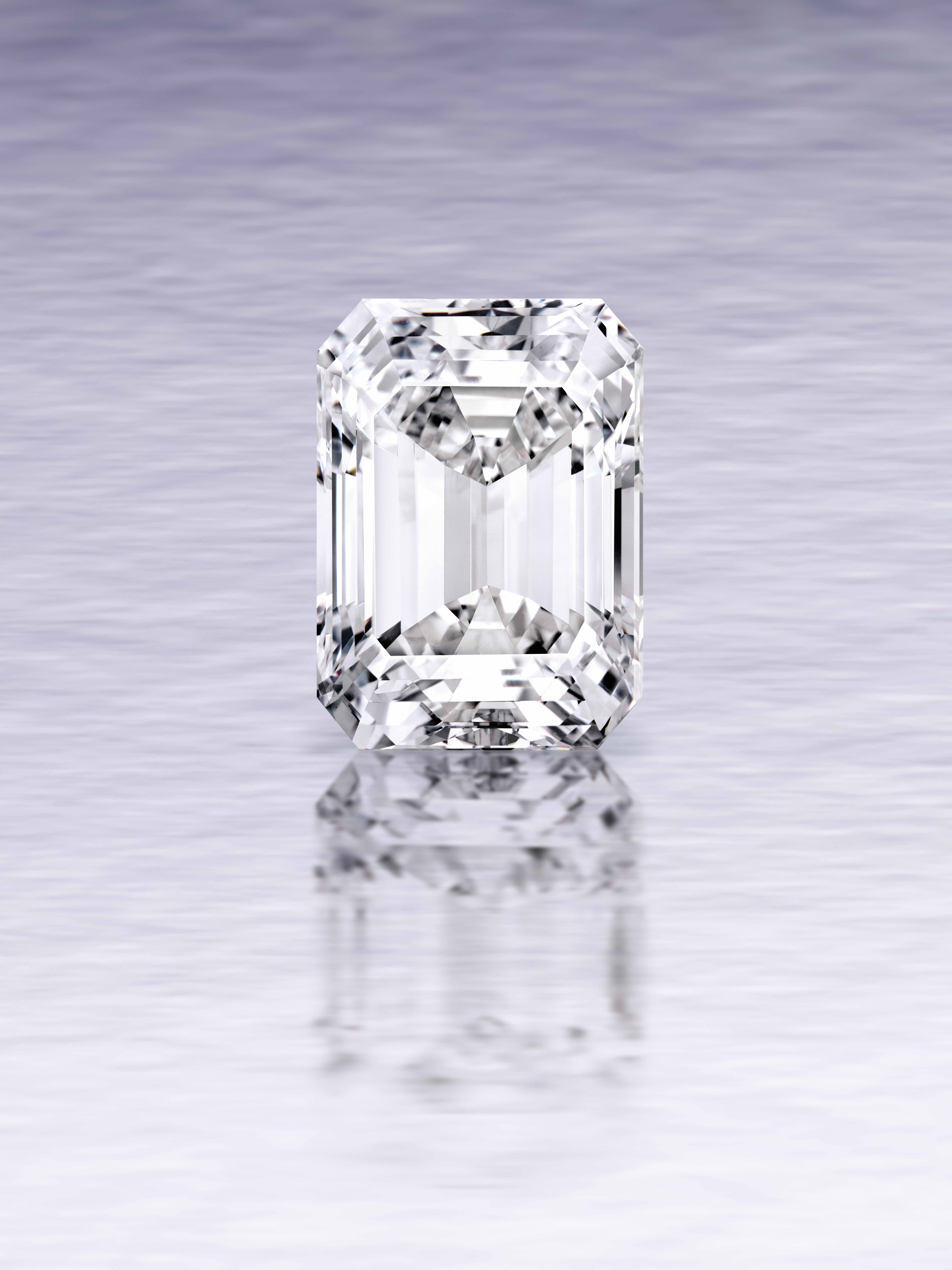 With the Ultimate Emerald-Cut Diamond selling for $22.1 million and ten jewels exceeding $1 million, including four of them sold to online bidders, Sotheby’s New York sets a record total for a jewellery auction.

The auction was led by the extraordinary 100.20-carat “Perfect Diamond”, in a classic emerald-cut, which sold for $22.1 million. This is results stems from multiple superlative characteristics: a D color stone, Internally Flawless, type IIa; it is the largest perfect diamond with an emerald-cut and the first 100+ carat diamond ever sold at auction, reaching the highest price for any colorless diamond auctioned in New York.

Other outstanding auction results include – out of the Highly-Important Diamonds category:

(This blue and green necklace, highlighted by three colored stones carved with Mughal floral motifs, was acquired by Baron Eugene de Rotschild in 1924 for his new American wife Catherine).

Designed as a stylized flower, this brooch dating from the 1960s and set with a sapphire of approximately 17 carats, was formerly in the collection of Mrs Paul Mellon. Sold to an online bidder for $1 million.

From the Estate of Mary Lily Kenan Flagler, Thence by Descent – the Flagler Emerald.  An important Platinum, Emerald and Diamond Pendant: this exquisite 35.02 carat Classic Colombian emerald jewel belonged to the wife of American industrialist Henry Flagler. Sold for $2.8 million.

A Superb Platinum, Kashmir Sapphire and Diamond Ring, Cartier New York, circa 1915. The cushion-cut sapphire weighing 11.90 carats is accompanied by Gubelin Gem Lab Report stating that the stone “possesses a richly saturated and homogeneous color, combined with a high degree of transparency, and a finely proportioned cut”. Sold to an online bidder for $1.9 million.

Post by Claudia Carletti, Jewellery Through Time. All material courtesy of Sotheby’s.