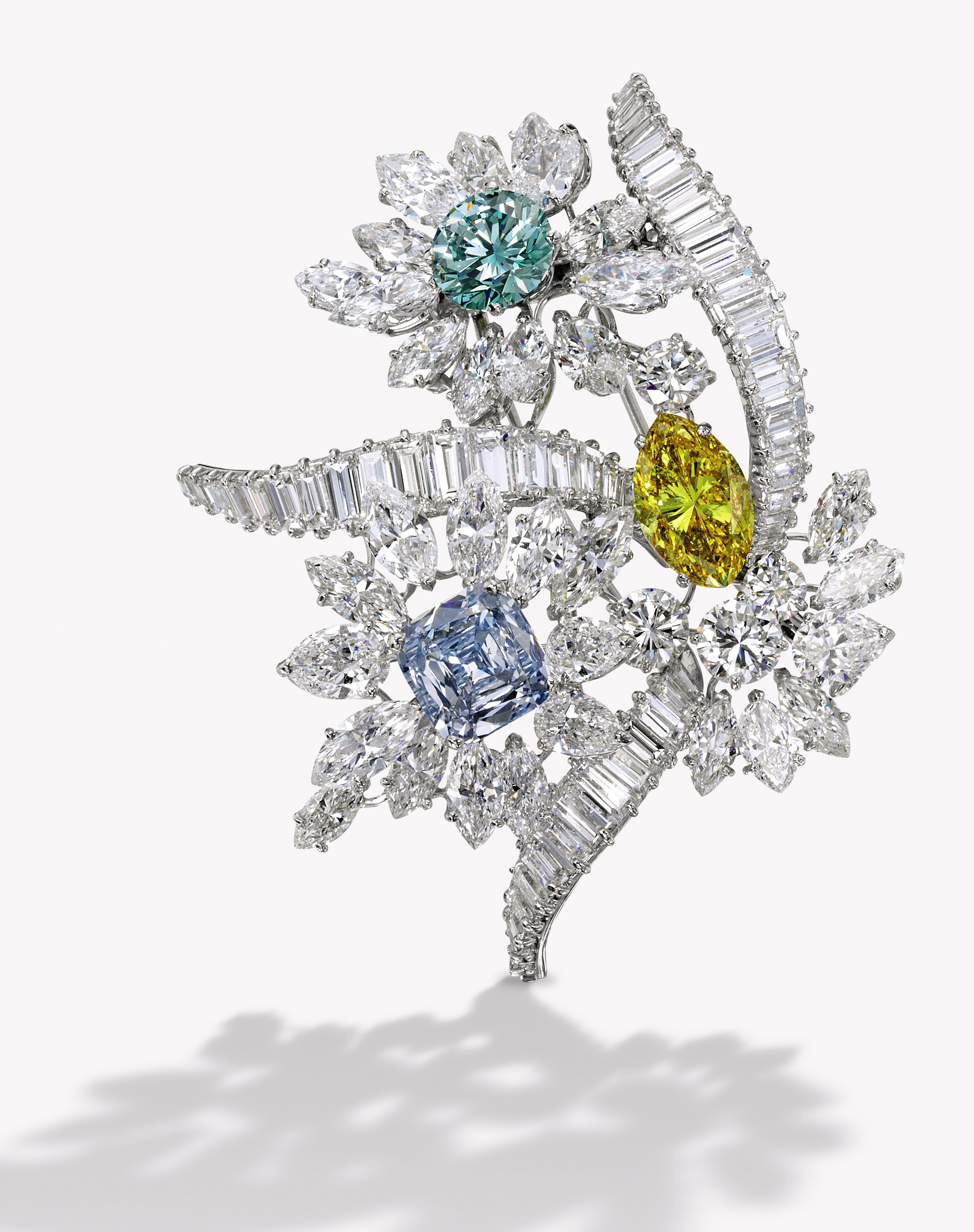 Just in time for the holidays, Sotheby’s final jewellery auction of the fall season will be held in New York on 9 December 2015. A number of treasures will be auctioned in a sale which will offer more than 500 lots with estimates starting at $5,000. Perfect timing to pick up your Christmas gift?

Let us check this very nice video by Frank Everett, Head of Sales Jewellery at Sotheby’s New York, to see if there is anything steeling our heart:

If these jewels could talk, what a tale they would tell: an iconic Art Deco diamond necklace made in 1939 by Van Cleef & Arpels for Queen Nazli of Egypt, and an avant-garde creation made by designer Suzanne Belperron circa 1935 for Wallis Simpson, the Duchess of Windsor for whom King Edward VIII gave up his throne. The rare combination of superb original design with romantic provenance is irresistible to lovers of fine jewels, and we are thrilled to present them to collectors this December.

Here are the fabulous highlights of Sotheby’s Magnificent Jewels auction.

Magnificent and Historic Platinum and Diamond Necklace, Van Cleef & Arpels (estimate $3.6/4.6 million), created by the Parisian jeweler in 1939 for Queen Nazli of Egypt. Set with 217 carats of diamonds in a sunburst motif, the sensational bib-style necklace has been called ‘a perfect piece of jewelry’ by Vincent Meylan, author of Van Cleef & Arpels: Treasures and Legends.

Two ‘Drape’ Bracelets by Schlumberger, one lapis lazuli, turquoise and colored diamond, the other coral and diamond, (estimates $20/30,000 each) formerly from the collection of Mrs. Paul Mellon. Mrs. Mellon was known to be a patron of Jean Schlumberger’s jewels and much of her Schlumberger jewelry collection was bequeathed to The Virginia Museum of Fine Arts last year.

Highly Important Pair of Emerald and Diamond Earrings (estimate $1.8/2.2 million) are set with Classic Colombian emeralds. Known as The Stars of Muzo, the impressive emeralds weighing 22.97 and 21.37 carats are accompanied by two gemological reports stating the stones are unenhanced. These exceptionally rare emeralds are accented by more than 5 carats of D color, Internally Flawless diamonds.

Exceptional Platinum, Sapphire and Diamond Ring. Centering a cushion-cut sugarloaf cabochon sapphire weighing 25.87 carats, and with no indication of heating, flanked by two bullet-cut diamonds weighing approximately .40 carat, size 5; 1930s. This Kashmir sapphire hails from three generations of one of America’s most prominent families: that of Thomas Fortune Ryan (1851-1928), who stands alongside J.P. Morgan, Andrew Carnegie and John D. Rockefeller in the annals of American financial history. Est. $3.5/4.5 million

Another view of Queen Nazli’s necklace by Van Cleef & Arpels. A large part of Nazli’s jewelry collection, including her Van Cleef & Arpels diamond necklace and tiara, was sold by Sotheby Parke Bernet in New York in November 1975. The diamond necklace has since remained in a private collection for 40 years, and is to be sold this December for the benefit of a charitable foundation.

The Belperron Chalcedony suite once belonging to the Duchess of Windsor.

Queen Nazli (1894-1978), mother of Egypt’s King Farouk, commissioned the diamond necklace and a matching tiara for the wedding ceremony of her daughter, Princess Fawzia, to the Crown Prince of Iran, Mohammad Reza Pahlavi, in 1939.