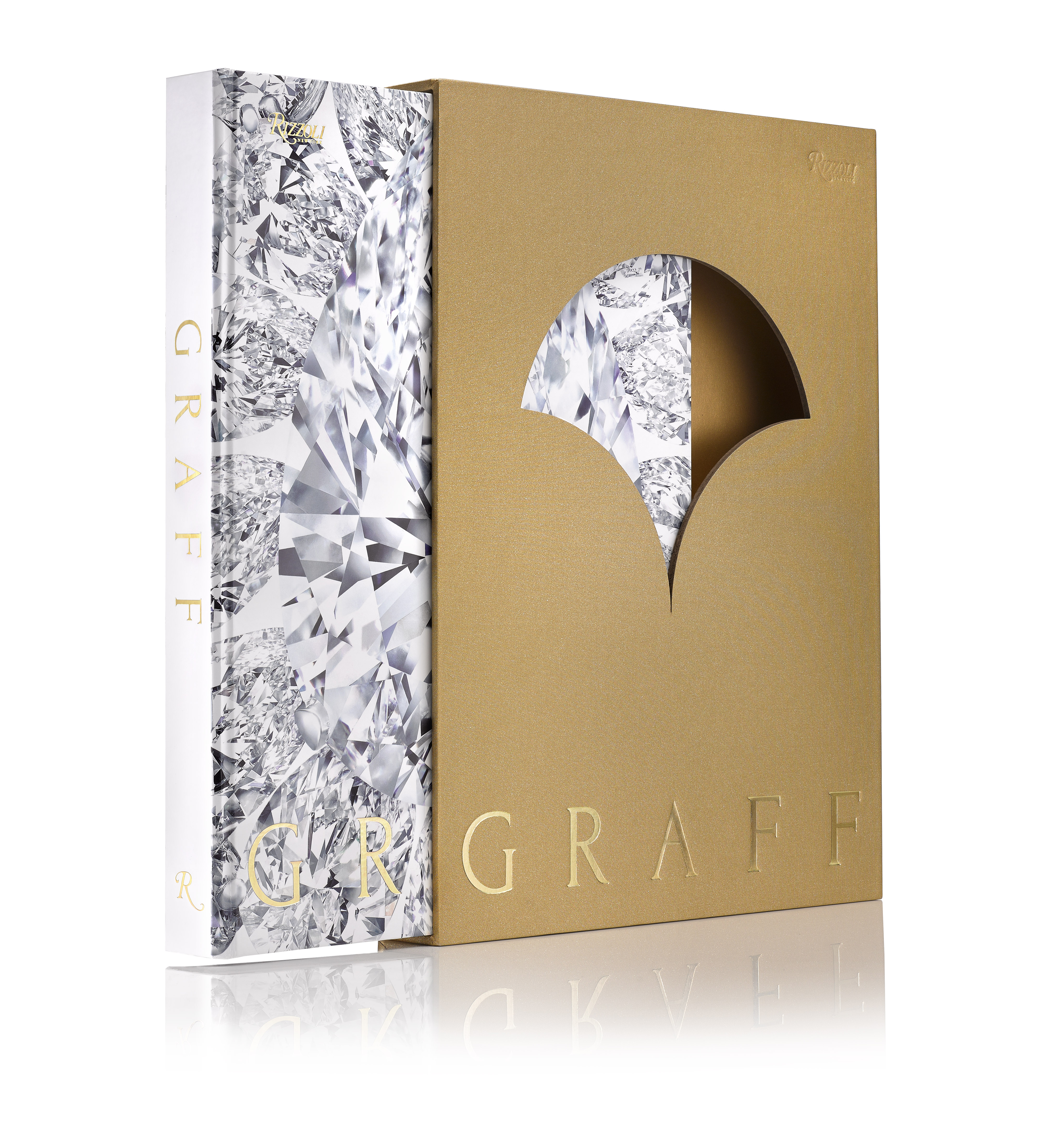 Going beyond legendary jewels of incomparable perfection. GRAFF is a new evocative book, edited by Rizzoli New York, set to retrace the fascinating story of Laurence Graff, founder of the legendary Maison, for a very good cause: all proceedings from the sales of this book will go to the charitable foundation FACET, to sustain education, health and well-being of the Sub-Saharian populations, where Graff sources so many of its superb gems.

For sure Laurence Graff always demonstrated, since the early start of his career, both an acute sixth sense for diamonds and a strong strategic mindset: gifts which have undoubtably helped him to found and manage a Maison which is today universally known and perceived as THE creator of unique jewellery pieces, and which stands for the most famous diamonds in the world.

“The sky’s the limit” quickly became the motto of this man, whose self-assurance and expert eye allowed the creation of unprecedented visuals, such as the iconic coiffure “Hair and Jewels”, a 1970 campaign representing a model whose elaborated coiffure was adorned with exceptional jewels valued one million dollars in total.

This same campaign was successfully revisited in 2013 to celebrate Laurence Graff’s 60 years in the industry with, this time, a total value in jewels of 500 million dollars.

Sumptuously illustrated with beautiful pictures of those jewels for which Graff became famous worldwide, together with examples of communication campaigns which granted Graff its level of notoriety, the book highlights legendary gemstones, such as the Lesotho Promise, a diamond of 603 carats that Graff transformed into a necklace of 63 perfectly cut gems; or the Delaire Sunrise, which 118.08 carats make it the largest Fancy Vivid Yellow diamond in the world; and the Graff Constellation, that with its 102.79 carats is also the largest round-cut D colour Flawless diamond in the world.

Laurence Graff holds a selection of the world’s most valuable gemstones.

The book also includes original pictures belonging to Laurence Graff’s personal archives, which reveal his family’s debut in London, together with Francois Graff, his son and Graff’s current President and General Manager.

GRAFF is a striking contribution and homage to the Maison Graff, showing the most spectacular, fascinating and exceptional jewels in the world. A book which is a real must-have for all those high jewellery amateurs and for all those able to appreciate the great story of a man whose life and passion are but one and only thing. CC

By Claudia Carletti, Jewellery Through Time. All material courtesy of Graff.

0 comments on “GRAFF: The Book”