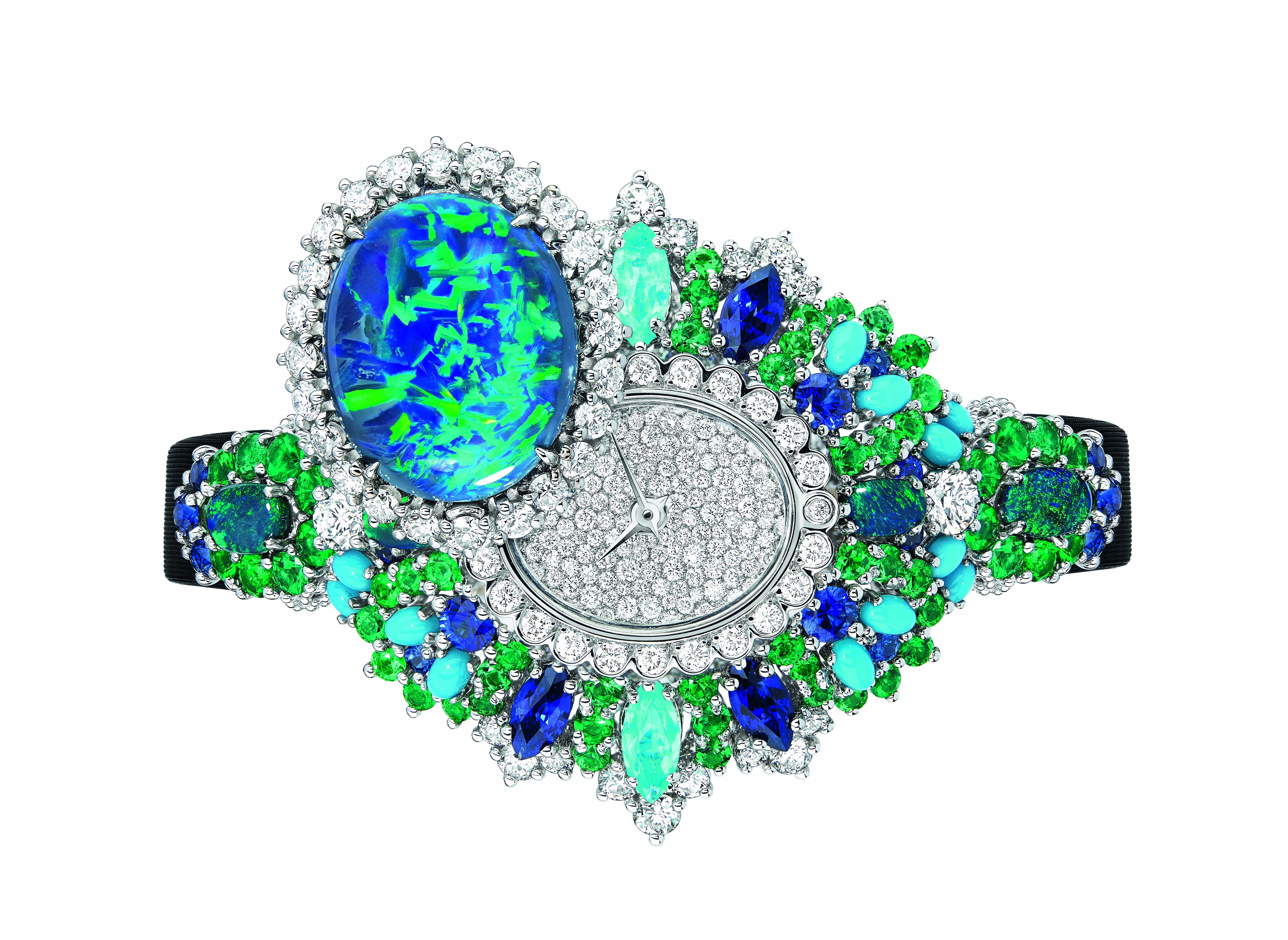 A gem full of mystery that attracts one’s gaze with its magnetic power. This is at the heart of Dior’s new High Jewellery Collection, Dior et d’Opales.

Opals have a magic, in terms of play of light, that is impossible to replicate. No two opals look the same. It is a kaleiodoscopic gemstone that encompasses the colours of all the other precious gems, and for this it has always been considered a stone endowed with magic powers.

Opals bring in front of us a sort of primordial energy, strong and fascinating, that contribute to their mysterious aura, involving one’s imagination in an endless dream.

The opal is a very poetic stone. It’s like an invitation to enter a fairy tale, to experience magic.

This is not the first time for Dior to use opals as centre piece in jewellery creations. Today, with Dior et d’Opales, opals take the stage as main protagonists in secret watches that required incredible artisanal skills and a patient work of gem searching.

On Dior et d’Opales secret watches, the opal’s colours is accompanied by surrounding precious stones like emeralds, rubies, amethysts, sapphires, spessartite garnets, tsavolites, demantoids, and Paraiba tourmalines: they all echo the opals’ fascinating play of light on the timepieces’ dials, the bezels and the bracelets.

Dior et d’Opales is not only about extremely precious timepieces. It is also about rings, bracelets, neckalaces and earrings. All celebrating the opal and its fire, set in jewels encrusted with diamonds in multiple cuts.

Diamonds that have been chosen on purpose, to harmoniusly balance the opal flamboyant colours with their frozen fire.

Opals and secret watches, opals and diamonds… and opals and feathers.

One of Dior’s favourite themes, the feather adds a touch of baroque, elegantly framing the regal opal at the centre of the jewels – like in the Petite Panache creations.

When I look at an opal, I feel like I’m seeing the earth from afar, the oceans, the archipelagos, and the reflections of stars on ocean waves… I see it as nature’s gemstone par excellence, a stone that’s so intertwined with femininity, its connection becomes organic.