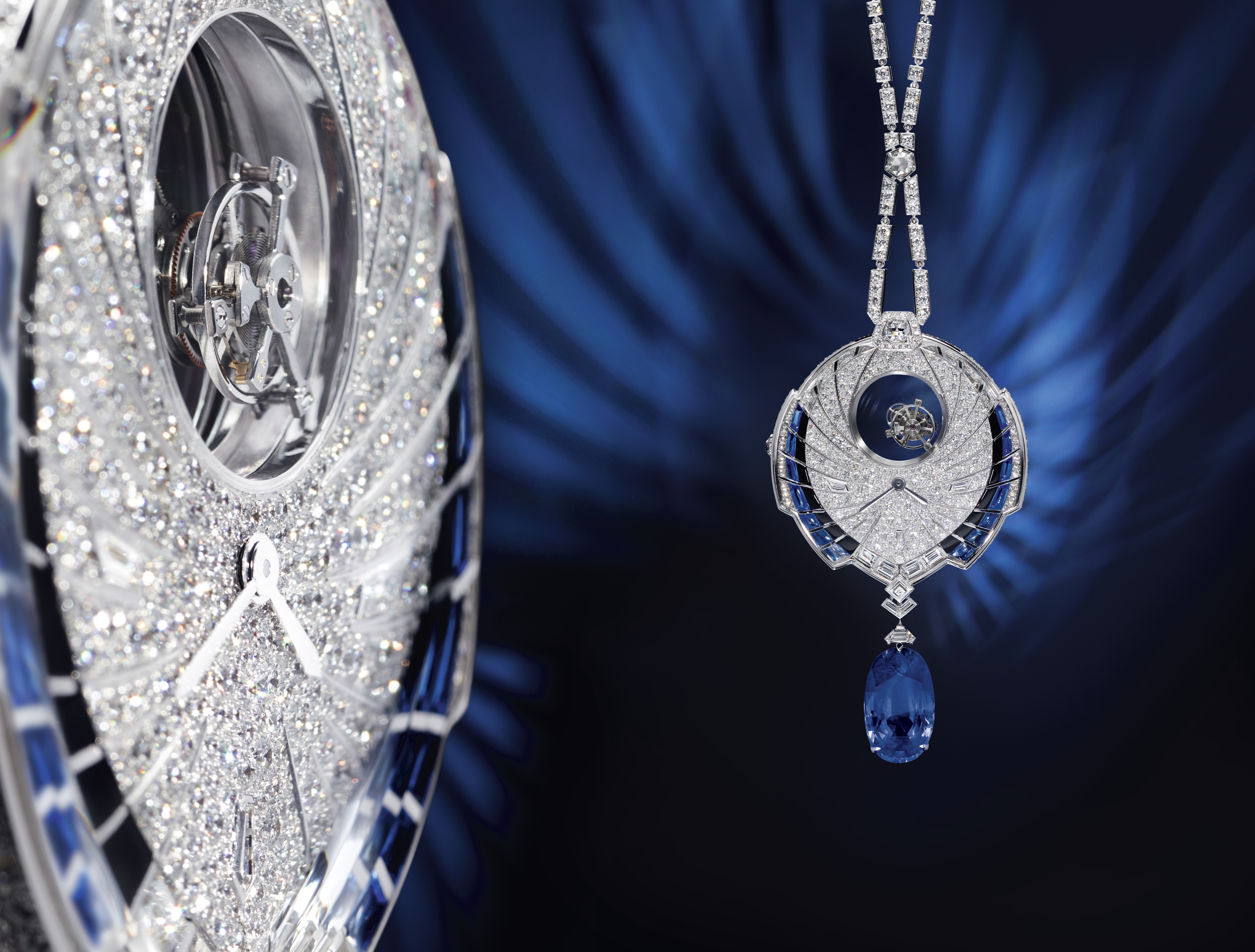 SIHH 2016, the exclusive Haute Horlogerie Salon, just closed its doors in Geneva. I had the pleasure of being there, this year too, and could observe the novelties the great Maisons prepared to please and attract their female audience.

In general terms, Maisons and Manufactures stick to their core, whether it is an icon (i.e. Reverso, Royal Oak, Panther watches) or an inspirational element/material (Art Deco, yellow gold) or excellency in craftsmanship (Art & Excellence by Piaget, Cartier’s Métiers d’Art, Van Cleef & Arpels‘ Poétic Complications), to enhance brand roots and further affirm brand appeal and presence in a critical moment for the industry. “Less is More”.

The High Jewellery extravaganza is still there, to please our eyes and to let the workshops express their excellency in execution, but tightly knotted to the big pillars of the Maisons’ history: Art Deco, bestiaire (Panther, Dragon…), complications that make the watch tell a compelling and poetic story.

2) The merging of High Jewellery and Fine Watchmaking

High Jewellery gets closer and closer to Fine Watchmaking: from Cartier’s declaration of intent (“High Jewellery and Fine Watchmaking in an extraordinary, unprecedented collaboration (…) The ultimate achievement is the creation of emotion, through pioneering curiosity and unlimited boldness – the authentic Cartier signatures.”) to the high jewellery approaches presented by Audemars Piguet’s Millenary, by Piaget’s Altiplano 38mm 900D, by Roger Dubuis’ Velvet Ribbon or by Van Cleef & Arpels’ Rubis Secret Watch Bracelet and the Lady Jour des Fleurs or again the Lady Nuit des Papillons models.

The epitome of this union between High Jewellery and Fine Watchmaking is for me the faboulous High Jewellery Tourbillon Mystérieux Azuré Watch by Cartier (also appearing as featured image for this article), that features the Manufacture mechanical movement with manual winding and mysterious double tourbillon, calibre 9463 MC. A pièce unique already sold for $1,2 million, but still on display on the Maison’s official website:

A precious mouvement made more precious by a beautiful faceted oval-shaped Ceylon sapphire of 25.93 carats, which can be detached and worn separately.

3) Women more and more the centre of attention

Cartier’s new creations are almost all intended for ladies: an imposing group of high jewellery creations is accompanied by a newly shaped dial, Hypnose, which is intended to become the Maison’s new classic, and by complications that become more and more infused with high jewellery touches (Panthère et Colibri and Panther Mystérieuse watches).

Jaeger-LeCoultre adds more colour to the Rendez-Vous family and, by streamlining the Reverso portfolio, enriches it by offering the new Reverso One, the more sleek and feminine in the family, which derives its lines directly from the 1930’s model.

Roger Dubuis boldly proclaimed 2016 to be “The Year of Velvet Diva”: the Velvet family gains five new components, each of which born out of a conceptual facet of a woman’s soul, firmly building on fashion:

Both Jaeger-LeCoultre and Roger Dubuis make their own fashion statements, too, to strengthen their ties with the feminine public: the first with its Atelier Reverso customization concept (“Luxury is personalisation and exclusivity”) and its partnership with Christian Loboutin, the latter with the model Velvet by Massaro, which unite haute couture and haute horlogerie in one single creation.

Unbridled creativity and mysterious discovery mark the high jewellery creations: unique pieces signed by Cartier take the bestiaries to new flamboyant heights, while Audemars Piguet remains faithful to its Diamond Punk, which evolves into the Diamond Fury, and Van Cleef & Arpels both revives the secret watches, in the tradition of transformable jewellery, and enchants with the delicacy of its “poetic complications”.

Yellow gold regains a role, especially with Audemars Piguet’s Royal Oak, setting the tone for a retro touch coming straight from the 70’s.

Pink gold, looked at by some as a mere and volatile decorative material, is still there, confirming its starring role in the Manufactures’ portfolios and gaining in predominance across collections.

Steel is also having its moment, in quite a few instances paired with diamonds: a material which counterbalances the more precious variations in the brands’ portfolios, to reach a hand to a potentially larger consumer base: affordability, yes, but always in style.

In terms of case dimensions, a part from the Reverso One, women watches still seem to stay on the medium and medium/large sizes (33 to 40mm), that allows the development of refined decorations and complications.

Artisanship and artistic crafts confer additional preciousness and narrate savoir-faire, excellency and art: Cartier and its enamel granulation technique (lent from the Etruscan tradition), to Piaget and its wood marquetry work and, once again, to Roger Dubuis’ Blossom Velvet, which introduces a modern interpretation of the grand feu enamel technique by using the laser to work the enamel and confer it a three-dimensional effect:

One of the greatest moments where to admire great Maisons’ heritage, savoir-faire and creativity to create outstanding pieces both in technological and precious terms. Until next year. CC

2 comments on “SIHH 2016: novelties and trends for ladies”