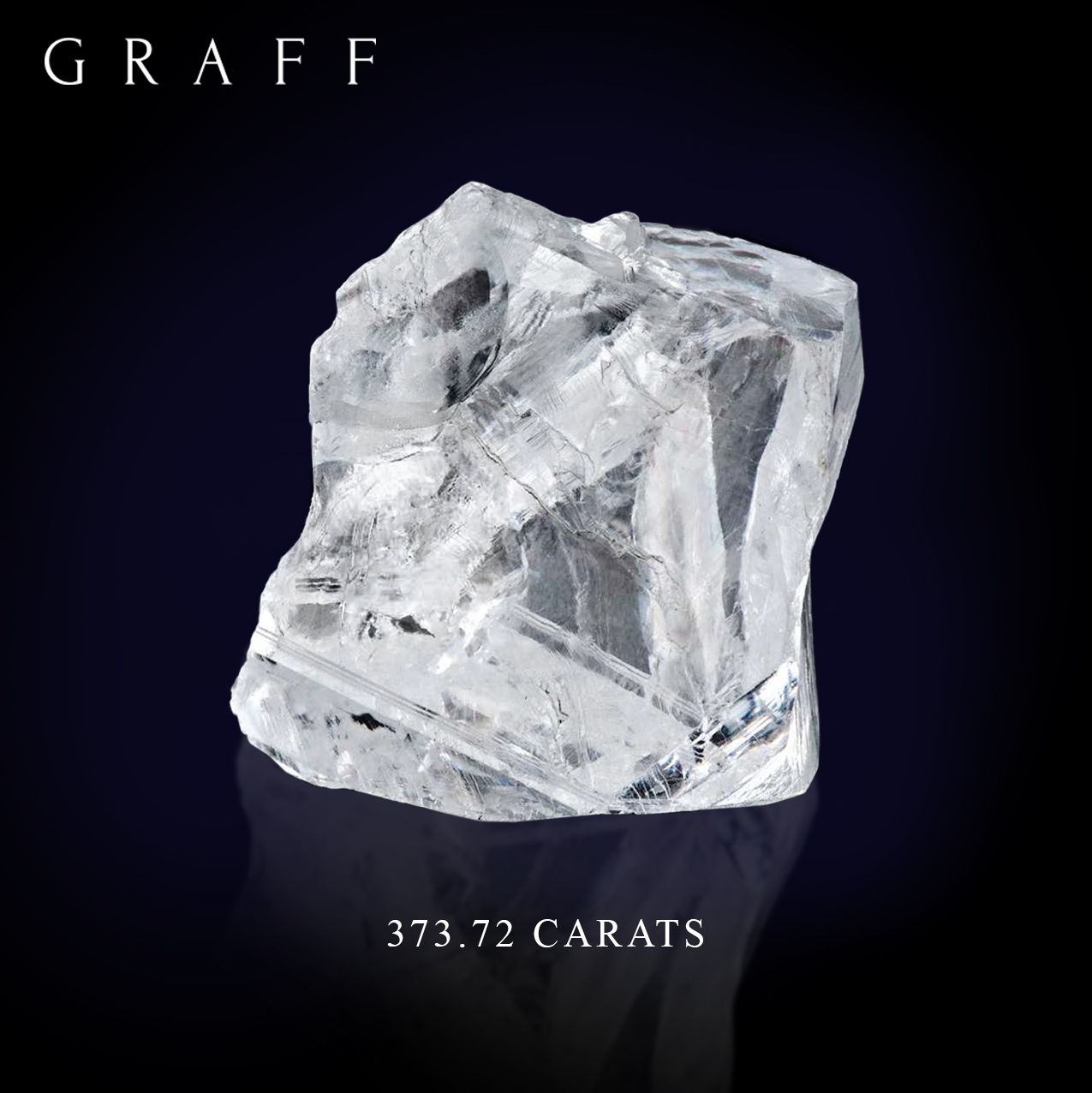 Graff has announced the acquisition of an exceptional rough diamond of 373.72 carats from the Karowe mine in Botswana.

The newly acquired rough, which measures 48mm x 41mm x 22mm, is classified as a D colour Type IIa and has the potential of yielding a significant polished stone, thanks to its exceptional transparency and quality. The rough itself has been said to be over 3 billion years old, and it most probably formed at the time the Earth was still being created.

The rough is part of the Lesedi la Rona, the second largest gem quality diamond ever discovered, and it was separated from it during the recovery process, being then acquired by Mr Laurence Graff and his team of gemologists and master cutters.

Mr Graff commented: “Every diamond has an inner script, that we must read and respect. We will now spend time discovering the secrets of this magnificent stone. Knowing that nature has given us this extraordinary gift, we take on the great responsibility of releasing its inner beauty”. CC